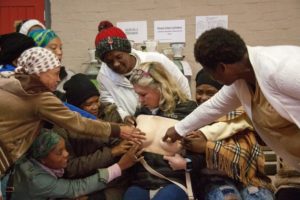 “When a farm worker feels a lump in her breast, it mostly gets ignored. The journey to a medical facility takes days of travelling and leave of absence from work and family. By sending Mobile Health Screening Clinics into the villages and farms, there is a greater chance of early detection

Entries for 21st Cycle4CANSA Limited to 4000

Due to a startling increase in the entry uptake for this year’s special 21st anniversary edition of the Bestmed Cycle4Cansa Championship, hosted by Sun City, race organiser Mauritz Meyer has announced an entry limit of 4 000 riders for the road event. Entries will close once the entry limit has been reached. The 21st edition […] 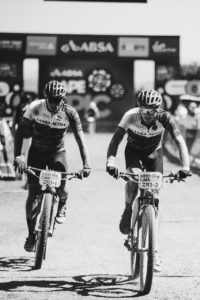 The 15th edition of the Absa Cape Epic will taking place from 18 to 25 March 2018. The event must be completed by both members of a two-person team with only 650 teams allowed to ride the race. Meet the riders that will tackle the Untamed challenge in support of CANSA… 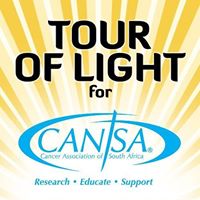 The Tour of Light will take place for the fourth year, in 2018 – ‘Spreading light and hope across South Africa’ is the slogan on the team’s cycling gear. The cycle tour takes place over 8 days starting Johannesburg and ending in Cape Town. 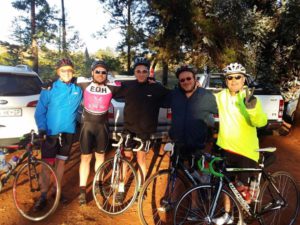 The Purple Orchard Raises Awareness and Funds For CANSA

The Purple Orchid was born when Sybrandt Fouché was diagnosed with testicular cancer in 2016. “My wife felt that it’s just as important for men to go for check-ups, as a woman, and following a random visit to the urologist, the cancer was detected. Three months later, and it might have been too late. Men generally do not like talking about cancer, let alone testicular cancer – until it knocks on your own door,” he says. 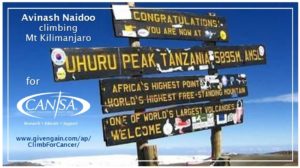 Avinash Tackles His Climb For Cancer

Media Release from the Cancer Association of South Africa 20 June 2017 – Ascending the fourth highest summit in the world – Kilimanjaro – is Avinash Naidoo’s way of testing his personal limits while raising money to fight cancer. “I have been dreaming of testing my personal limits to the extreme, doing something wild that […] 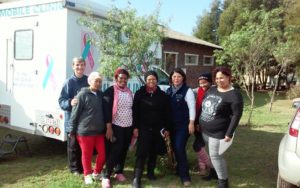