Sweating For CANSA – The Running Turtles 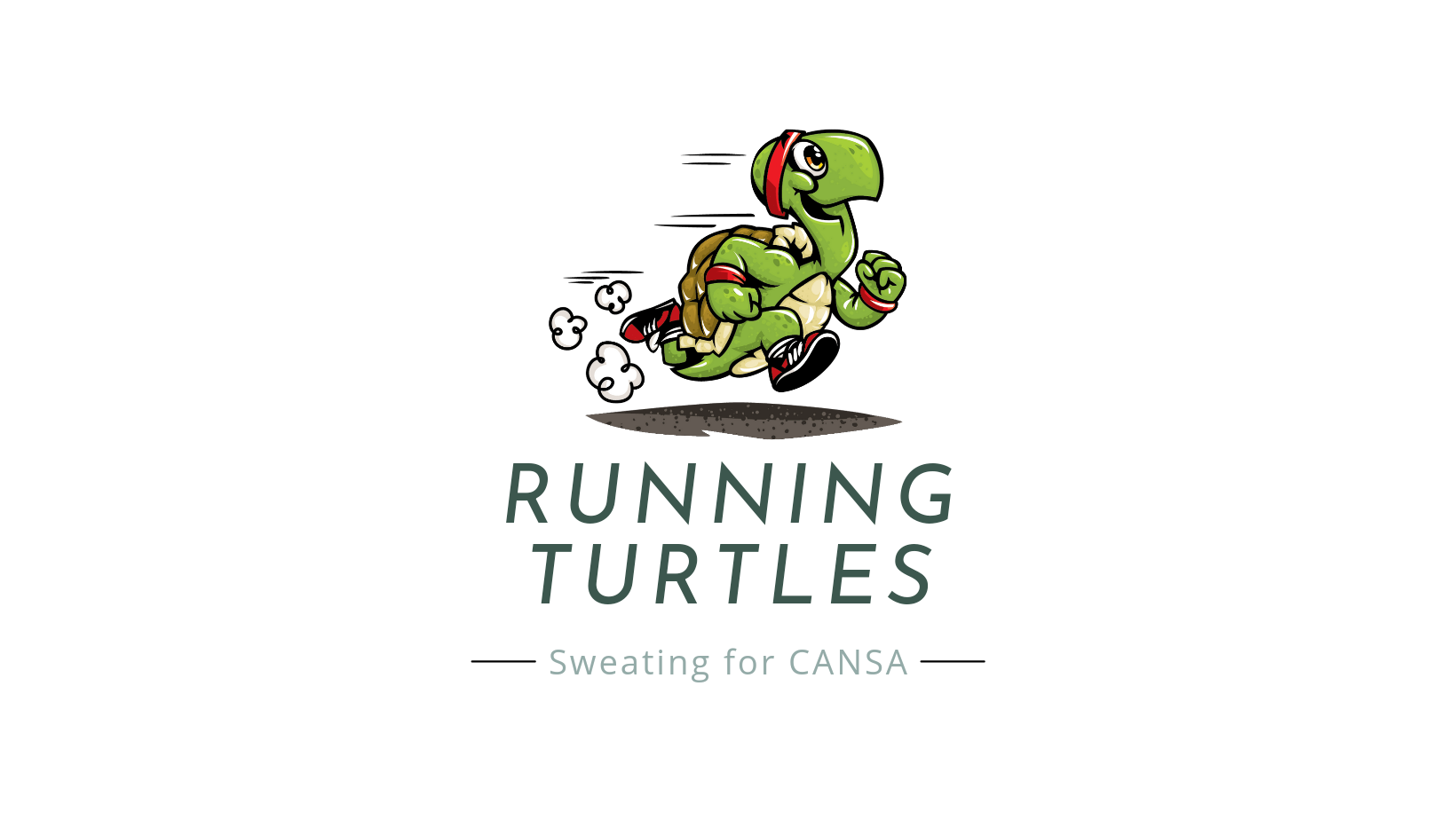 Husband and wife team: Tania and Jacques de Kock and the Running Turtles aim to raise R100,000 and run 1000km each from February to November for CANSA!

Two sea-loving little turtles trying to make a difference in our own way. This is our story…
It was a tragic event that kick-started our journey. In September 2016, Jacques’ dad (Pa Billy) passed away after fighting throat cancer for almost a year. This left two sad turtles with a mission:

We will tell the world the story and raise awareness and funds for the fight against cancer! All in memory of this great, loving man.

And so the turtles started running…They told their friends and family what this cause meant to them, sharing memories of Pa Billy as they went along. As you’re probably well aware, running doesn’t come easy to little turtles, but they pushed through.

Then something miraculous happened…more turtles joined them! And every little turtle started supporting them by donating their hard-earned money towards their cause! Little by little, step by step, the turtles became a family, all bonded by the same goal, passion and memory of their Pappa Turtle that meant so much to them.

This year, the two little turtles are at it again… BUT MUCH BIGGER!

Become part of our turtle family by sponsoring a few kilometres! We will run 1km for every R50 that you donate. And we know it’s going to be a tough ask, but we believe in our turtle hearts that we can do it… Little by little… And as Pa Billy would say:

Please show your support to the Running Turtles in their endeavour: https://www.givengain.com/activist/520937/projects/44973/

To register your own fundraising project for CANSA Active: https://cansa-active.org.za/how-it-works/