The Purple Orchard Raises Awareness and Funds For CANSA

Media Release from the Cancer Association of South Africa (CANSA)

11 May 2017 – The ‘Purple Orchid Project’ comprises a motley crew of 11 friends that are cycling in support of the Cancer Association of South Africa (CANSA) from Johannesburg to Durban, 17 – 22 October 2017. Their purpose is to raise funds and awareness specifically regarding testicular cancer for CANSA’s Men’s Health initiatives that focus on men’s cancers.

The Purple Orchid was born when Sybrandt Fouché was diagnosed with testicular cancer in 2016. “My wife felt that it’s just as important for men to go for check-ups, as a woman, and following a random visit to the urologist, the cancer was detected. Three months later, and it might have been too late. Men generally do not like talking about cancer, let alone testicular cancer – until it knocks on your own door,” he says. 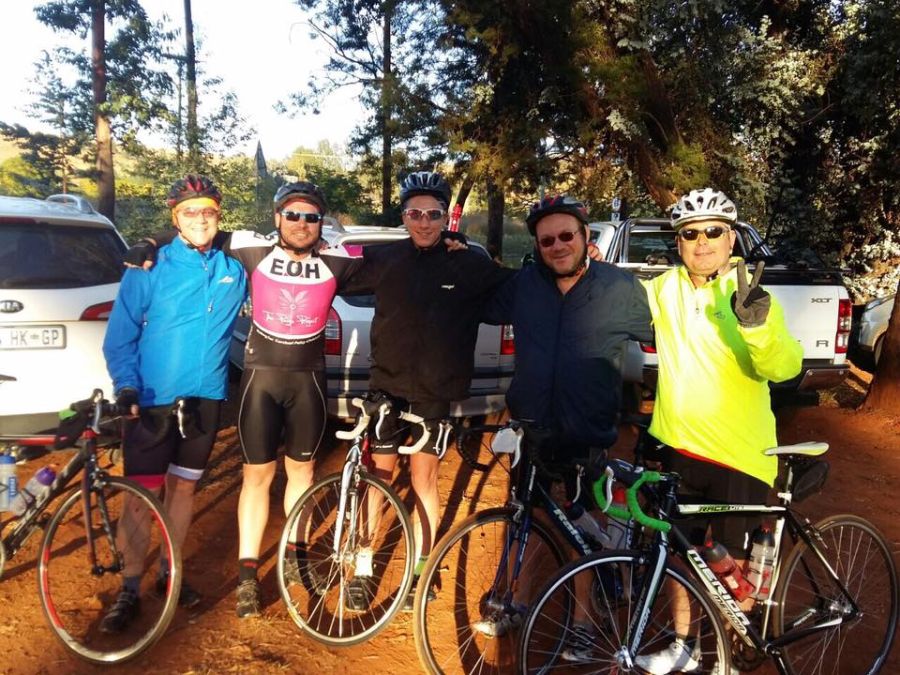 Testicular cancer is one of the most common cancers in males 15 to 39 years of age. It’s also one of the cancers with the highest survival rate if detected and treated early.  Sybrandt decided to be heard with the help of friends and by word of mouth, started his campaign to spread the message and educate men more about ways to lower their testicular cancer risk.

The cyclists of Purple Orchid Project include those that have done similar trips before, as well as ‘weekend cyclists’ who have never done more than some recreational cycling. Riders are from different walks of life, with ages ranging from 16 to 50 years old. As part of the preparation the cyclists train together and participate in events leading up to the departure.

Fouché adds, “The idea is to plan activities to help raise R200 000 for CANSA, in order to continue their care and support programmes, specifically aimed at testicular cancer awareness. We regularly update our Facebook page https://www.facebook.com/groups/275977229510752/#; Instagram (#PurpleOrchidProject); Twitter (OrchidProject1) while donations can be received on CANSA’s website via our online fundraising page, https://www.givengain.com/ap/POP/. For those that want to follow their training journey, check out Strava and look for PurpleOrchidProject under clubs.

The Purple Orchid itinerary takes cyclists from the Nelson Mandela Bridge in Braamfontein on Tuesday, 17 October 2017, to the finish line of the 106km Amashova Durban Classic 2017 in Durban, on Sunday, 22 October 2017.

Fouché concludes with the ultimate question of ‘why the name, Purple Orchid Project’?

“The ribbon for all cancer is a deep purple, however, the recognisable colour for testicular cancer is orchid (light purple). Orchids were once called “ballcocks, dogstones” and similar names, because their roots resemble the human testicle. The name “Orchid” derives from Orchis, the Greek word for “testicle” – hence the Purple Orchid Project.”

Posted on 22 Jun 2017 under Champions and Stories