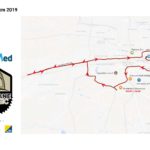 The event, presented in association with Office National, Jacaranda FM and the City of Tshwane, hosted 7000 cyclists last year. Thus far this year, with four months still to go to the staging, the race has already attracted almost half of last year’s total field. 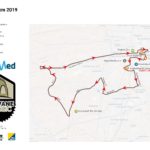 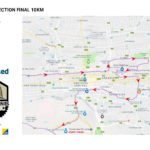 “Lots of cycling commentators have described the Bestmed Tshwane Classic’s remarkable growth as a fairy tale story, but we remain realistic and we know that we’re still far from perfect. We know we have to get route control through the city 100 percent right this year,” said event organiser Mauritz Meyer.

“The section through the heart of the inner city has provided a challenge over the past two years and, although route control improved vastly from the first year, we had to concede that it might well be an insurmountable task to create a totally traffic free environment on the previous route through the city.

“The announcement of the new city routing has seen a delightful response from cyclists on social media platforms and has shown that many cyclists were waiting for the new route announcement before committing to the race.

“Pretoria cyclists have embraced the race, and it’s our task to continually improve and ensure that the race represents something they can be proud of,” said Meyer.

The organisation is comfortable with the logistics to ensure a traffic free environment on this section. According to Meyer it’s also more flowing, with fewer turns, and it’s more beautiful than its predecessor.

“Riders will still pass memorable landmarks such as Loftus Versfeld and City Hall, so the Tshwane Metro is happy that the route ticks all the boxes required from the city’s perspective,” said Meyer.

Following the descent past the Union Buildings the event this year takes an immediate left into Church Street and routes past Loftus Versfeld via Kirkness before heading back to the Voortrekker Monument via Jorisson, Kotze, Visagie, Kgosi Mampuru II and Trichardt Streets.

“The route announcement has led to a sudden and massive spike in entries,” according to Meyer. “Without this new routing the event wouldn’t have able to meet the expectations we had for its continued growth. So, we’re thankful that the Tshwane Metro have approved and embraced the new route.”

The new route presents the final waterpoint at Loftus Versfeld Stadium and the Tshwane Metro have requested that they be afforded the opportunity to host cyclists at this point.

“We will come out in full force with lots of personnel and fanfare to create a carnival atmosphere for cyclists at Loftus,” assured Tich Mekhoe, department head of community and social services at the Tshwane Metro.

“At this point cyclists will be 10km from the finish line with all the major obstacles out of the way. They’ll will be in good spirits because from Loftus it’s a fast run-in to the finish. Due to the new routing there is no climb at Freedom Park in the final few kilometres this year,” said Mekhoe.

Mekhoe is leading the Tshwane Metro’s organisational team and says they started their planning three months ago.

“We have held our first operational meeting for the event with more than 20 senior officials heading up the various organisational committees that have task sheets to fulfil for event. The City is committed to ensure the race’s continued growth.”

Mekhoe says the Tshwane Classic JOC (Joint Operational Committee) is meeting once a month in the coming three months and then weekly in the final four weeks leading up to the event.

“We look forward to hosting cyclists in our beautiful city and we will ensure safe passage for them,” he said.

About Hectic Promotions: Hectic Promotions is a registered non-profit corporation and boasts a proven record of accomplishment in presenting mass participation cycling events which fulfil the requirements of sponsors, stakeholders and participants.