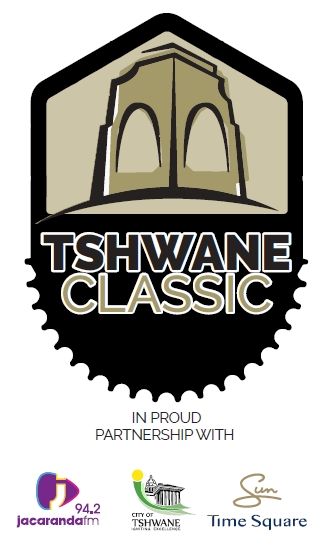 The second edition of the Tshwane Classic, presented in association with Jacaranda FM and Sun Time Square, takes place on 4 November 2018 at the Voortrekker Monument in the capital city.

The cycling fraternity is brimming with excitement about the race following the successful first edition of the event which attracted more than 5000 cyclists last year.

“It makes perfect sense for the capital city of South Africa to have a flagship event to promote and show off the beautiful city,” said McLean. “I have no doubt the event, which is already a huge success, will grow from strength to strength.

“The capital city now has a signature mass participation event with an operational plan which will allow it to scale incredibly in the coming years. With the support from the city the event will continue to grow.

“Tshwane is a healthy city with a good cycling culture. The race boasts some of the finest race organisers in South Africa whose attention to detail is well documented over many, many years.

“Add full road closure, a well-balanced route and an affordable R330 entry fee to the mix and it’s a refined recipe for success. I am really excited to see the race’s future unfold.”

According to McLean, new bike sales at their Cycle Lab Lynwood Megastore proves that there is major interest in cycling in Tshwane. “I have no doubt this healthy trend will continue.”

Asked if he had any pointers for the organisers to ensure the success of the race, McLean advised that safety is the most important factor.

“There really can be no compromise in ensuring rider safety. Attention to detail is also very important and then annual innovations to keep the cycling public interested.

“A big feather in the race’s cap is the great value for money. We need to make the sport of cycling as accessible as possible to as many people as possible. Reducing entry fees is a wonderful way to do this.”

McLean will be on the start line on 4 November, but says he is keen to just enjoy the day on the bike. “I think the route is so beautiful and I would love to relax on the bike and take it all in, so I won’t be racing.”

With the presentation of Tshwane Classic, South Africa’s capital last year finally joined the ranks of the country’s other major centres in presenting a signature mass participation cycling event on totally closed roads.

The Tshwane Classic takes cyclists past several historical landmarks in Pretoria and presents distance options over 98km, 60km and 20km.

Besides the main events, there are shorter races for children over 5km and 500m at the Voortrekker Monument.

For more information go to www.tshwaneclassic.co.za