BUTLER EDGES AHEAD OF HOFFMAN TO CLAIM CYCLE4CANSA VICTORY 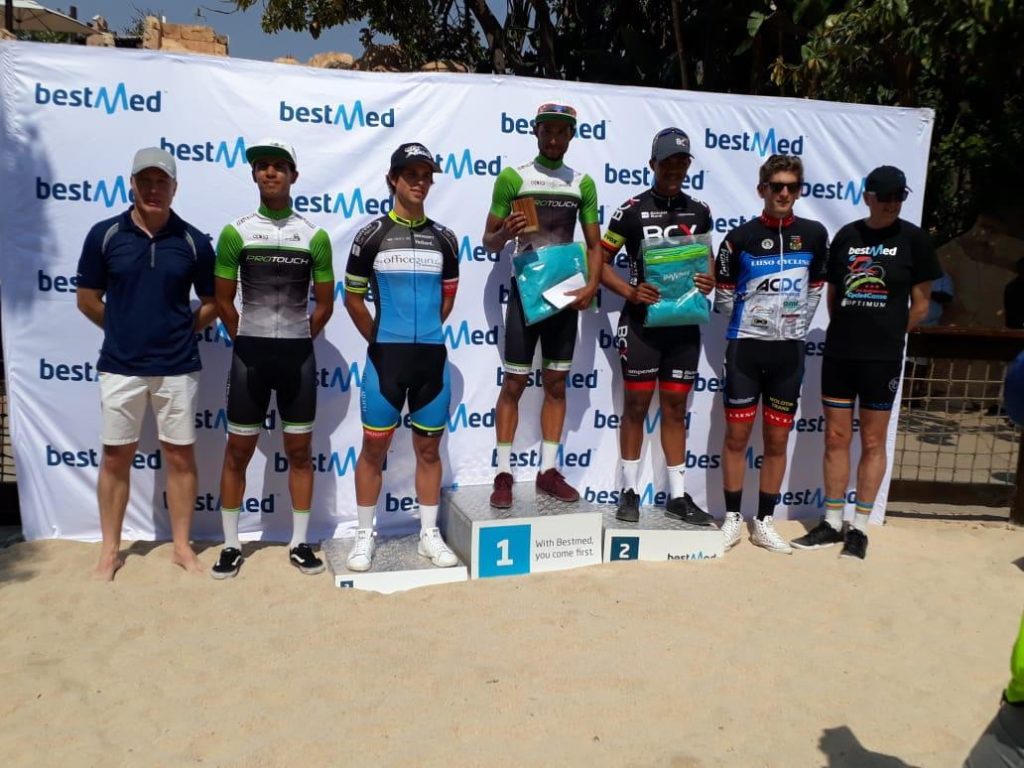 Reynard Butler edged out Nolan Hoffman to claim the first road classic title of the new season at the Cycle4CANSA Championship, presented by Optimum Financial Services.

Butler surprised defending champion Nolan Hoffman (BCX) on the line after Hoffman thought he’d done enough to secure the victory, lifting his hands from the handlebars 10 metres before the finish line.

Butler sped past him to snatch it at the death with nothing more than a few millimetres separating the two riders. “It was a bit sketchy in the final 50 metres, but I saw the gap and went around Nolan. He drifted a bit but there was nothing in it,” said the 29-year-old Butler.

“My team was exemplary today and closed every gap down quickly to control it for the sprint. A lot of our team members raced in Europe over the past two months and they’ve come back with good form.

“It really was a good day for the team and the guys did everything right to put me in the position to secure the victory. I can’t be happier,” he said.

Pro Touch team manager, Tony Harding, said after the race that they had trained for the sprint meticulously during the week.

“The guys executed the plan perfectly and Reynard went at the exactly the right time. The new finish worked very well inside the Sun City complex and the event will do well to retain this for the future,” he said.

The bunch had to negotiate a flowing right turn into the Sun City complex 400m before the finish line this year instead of finishing outside on the main road, which created a safer and more manageable environment in the finishing straight.

“It was important to get into the last turn amongst the top few riders to be with a chance for the sprint,” said Butler. “We really focussed on our lead-out this week and creating cohesion in the team again with a lot of guys coming back from Europe recently.”

In the women’s race Demacon’s Kim le Court beat Sanet Coetzee (Clover) in a tightly fought affair with the women’s race remaining together for the entire 103km event. Le Court was perfectly launched into the sprint by her teammates and with 50 metres together already looked like she had it under control for the win.

Complete results, including category results, are available on www.racetec.co.za

More than 5000 cyclists converged on Sun City for the resort’s annual cycling festival with proceeds from the event going to the Cancer Association of South Africa.

The 21st anniversary edition saw hundreds of cancer survivors taking part in what was the biggest field the event has seen for the past five years.

For further information go to www.cansalostcity.co.za or visit the event facebook page

RELEASED BY HECTIC PROMOTIONS, ON BEHALF OF THE BESTMED CYCLE4CANSA CHAMPIONSHIP, PRESENTED BY OPTIMUM FINANCIAL SERVICES.